This is a fact that many people doubt, but the story of Jacquelyn Bell can probably make a believer out of any doubter. On Monday, November 5, 2017 I had a marvelous interview with this talented black woman. During our chat, I learned – that similar to many black households – she did not grow up in a home where professional theatre was celebrated or attended with any regularity. Her interaction with theatre did not extend  beyond her own participation in local school plays. Bell states, “It was just always a part of my life – school plays and being a part of them. I sort of had a passing, lasting affair with the theatre up until my senior year (of high school) when a dance instructor said, ‘You’ve got something here; consider theatre.’” And that, she did.

What was once Bell’s hobby blossomed into a dream. She swapped all of her college plans to study law for studying theatre. Upon hearing this, of course I had to ask if she had her family’s support when she announced her career choice. “Generally kind of on the no side,” she struggled to say. “I think I would say no, but it was more of an indifference…until things started happening.” And boy did things start to happen. While in college, Bell found she shined in stage management. “I realized that though I enjoyed acting I’m a natural organizer…people naturally turn to me to lead…I realized I could have a career in it.” It was right out of college that Bell’s dream took it’s first step into reality with her first job. She was hired by Yow Dance theatre company as an assistant stage manager and was soon promoted to stage manager. 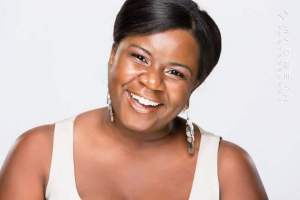 As exciting and impressive as it was for Bell to score a job right out of academia, she was not yet assured that this new dream – made a little more real by her job – would sustain a practical living. Beginning her next job with the Florida Theatrical Association (FTA), however, changed that by taking her dream a step further into reality. Bell states, “[FTA] showed me a different way of theatre. They introduced me to commercial theatre and showed me that it was a viable business opportunity as opposed to theatre just being a side gig. That I don’t have to have a 9 to 5 and do theatre on the side.” But it was one of FTA’s assistant directors who told her about a program that would literally change her life by introducing her to Broadway and allowing her dream to fully transform into reality. That program is called the Broadway League / ATPAM Diversity Initiative. Bell earnestly proclaims, “It completely changed my life. It made Broadway tangible. It wasn’t just some dream. It made New York tangible. Everything so real and close. That those glittering shining actors are just people striving just like you. Like when you see people on TV and think they’re so different. [You] wonder if [you’re] worthy of these opportunities. But the Diversity League leveled the playing field. It made it very real, very tangible, very possible.” 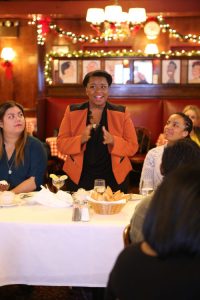 Just like that, Bell was jetting off from Florida to New York and working on the national tour of Flashdance the Musical. During this time she worked closely with the production’s company manager and learned the ins and outs of day to day operations. This ultimately lead to her working on a number of other projects. “The biggest thing for me,” Bell states, “is that it (the Broadway League / ATPAM Diversity Initiative) propelled my career.” Upon concluding our interview, Bell very passionately shared, “I’m really interested in helping promote these internships (with the Diversity Initiative). They also have a high school level program and the Fellowship which I’m in now. If you see this program come to your town, just apply. Because…you never know. If someone didn’t tell me, ‘You need to do this,’ I don’t think I would have applied on my own. But if you see this just apply. You have no idea what wonders it could bring.”

Today, Bell is a GM Fellow with the Broadway management company Foresight Theatrical, Chief Operating Officer of the Broadway Advocacy Coalition, and founder of Bell Arts Entertainment. If you want to turn your dream of having a successful theatre career into a reality – a job and not a hobby – then participating in the Broadway League / ATPAM Diversity Initiative might be the next step to help you achieve that goal. Click here to learn more about the program.

Stay Black And Making It,