I had the marvelous opportunity of seeing the Broadway musical Once On This Island on Saturday, and I was fighting back tears the whole time, because it was just that touching and just that timely.

Many reviews will tell you about the spectacular singing, sharp acting skills, transformative set design, intriguing costuming, and more. I’ll even tell you that in fresh-faced lead actress Hailey Kilgore (Ti Moune) a star is born. But any show can have these fabulous elements and feature a great love story. What sets the revival of this Broadway favorite apart from any other love story or any other topnotch show is the fact that it addresses, head-on, devils that still wreak havoc in the African-American community: colorism and classism.

We see a poor chocolate-skinned Ti Moune fall in partially requited love with rich light-skinned Daniel (Isaac Powell) who lives in the lap of luxury on the other side of the island. She sacrifices everything — and I mean EVERYTHING — to save his life after his near-fatal car crash. He ultimately falls in love with her. However, Daniel chooses not to marry Ti Moune based on his father’s sentiments regarding her color and class. Forget the fact that she has a heart as big and warm as the island sun. To Daniel’s father — and for that matter, the other wealthy light-skinned French descendants — she is literally nothing more than the dirt under his feet. Very ironic since, Daniel is born of a poor black maid by his father’s doing.

Once on this Island challenges us to re-evaluate how we as black people look at each other and treat each other. No one likes to think that we treat our own people differently based on skin color or class. I dare say that many of us make a good conscious effort. However, how many times are decisions made based on what is socially acceptable? Daniel’s father gives him the impression that he cannot marry Ti Moune because he’s been betrothed since infancy to Andrea (Alysha Deslorieux) per social custom. But under that social custom guise — “This is just how things are done” — is the undeniable fact that Andrea is light-skinned and rich.

Work like this is so important in the theatre. The best productions not only transport us on a magical journey through visually stunning performances and captivating music but also make us leave the theatre in critical thought.

So what do I say? Go see Once on This Island! It is running at Circle in the Square Theatre located at 235 W 50th St, New York, NY 10019. Click here to visit the show’s website where you can get tickets as well as learn more about the cast and creative team behind this unforgettable show.

Stay Black And Making It,

Upcoming Event: May 9, 2018 my latest play The Feather Doesn’t Fall Far from the Wing opens at Signature Theatre. Subscribe to BlackAndMakingIt.com for updates. 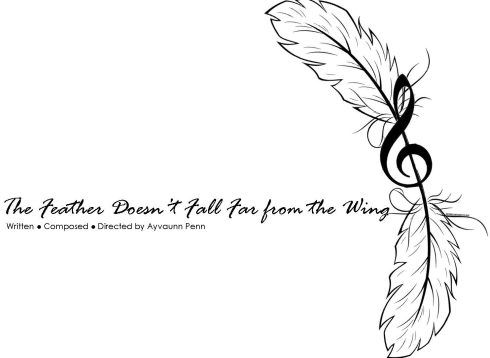